An Agent's Guide to Financial Freedom and a Lovable Business

Real Estate Good Life is a simple philosophy for building a Lovable business and a better life. 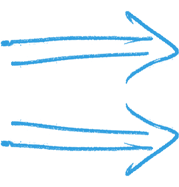 *As an introvert, the ONE thing I did to improve my life and my business was to... read books. 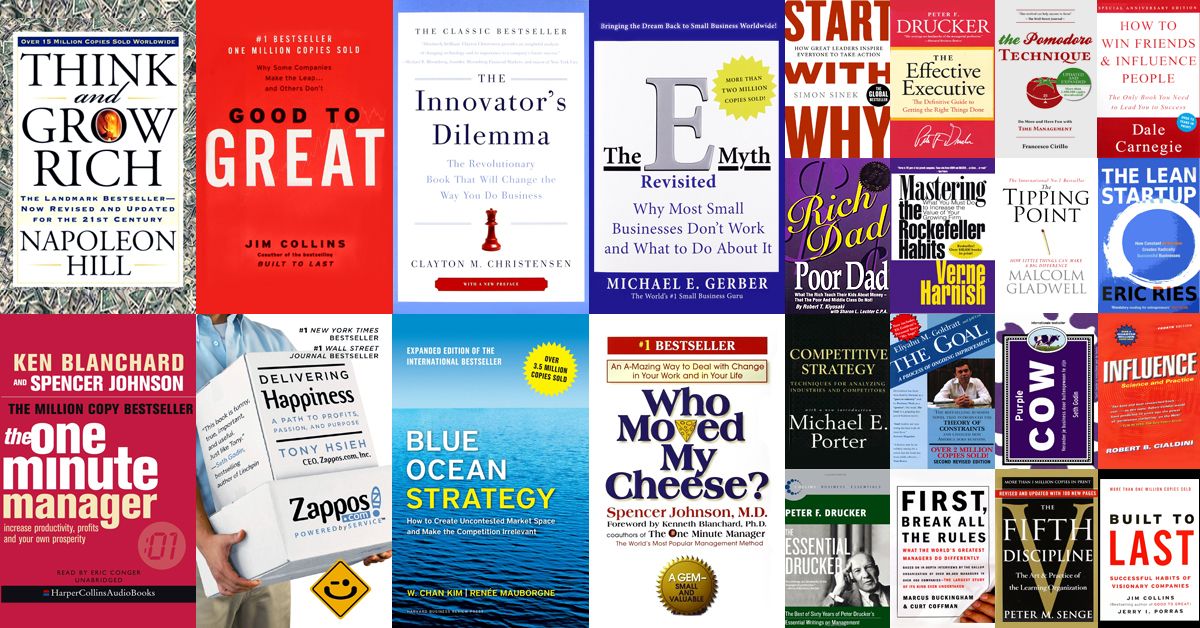 Make sure you JOIN the Agent Book Club!

Gain instant access to 99 Books and 99 Book reports of the greatest business building and personal development books of all-time. CLICK HERE FOR DETAILS.

Please be sure to subscribe and listen to my podcast...

Here are the Undeniable Agent Truths (prepare to be hypnotized)

You are in the greatest small business opportunity in the world. Start taking advantage of this advantage... today! Visit www.realestategoodlife.com for a step by step blueprint to making an extra million dollars in the next five years or less.

In this episode we discuss how to eliminate as much bootysmooching and pussyfooting as humanly possible from your business and your life. Make sure to visit www.realestategoodlife.com and take The Million Dollar Agent Challenge.

#154 Undeniable Agent Truth #3: Most all real estate agents are dumb (and so are most people walking the earth)

Sometimes the truth hurts. As does Undeniable Agent Truth #3: Most all real estate agents are dumb (well... okay maybe they're not dumb but they definitely do dumb things and make really dumb decisions in business and in life.) Listening to this podcast helps you avoid dumb decisions.

#155 Undeniable Agent Truth #4: The only way to get rich is to Get Rich First

In this episode we talk about Undeniable Agent Truth #4: The only way to get rich is to GET RICH FIRST. As the Good Life motto states: "It is far better to be rich than it is to look rich."

#156 Undeniable Agent Truth #5: The only way to build a lovable business is through marketing. (Specifically One to Many marketing)

The truth is, cold-calling, door knocking, telemarketing, trespassing, bootysmooching, and pussyfooting WILL NOT lead you to the Good Life. In order to have a lovable business you MUST build your business with One to Many marketing. Find out exactly how at www.realestategoodlife.com &nbsp;

#157 Undeniable Agent Truth #6: The only way to build an impenetrable moat around your lovable business is through your list. By building, growing, and communicating with your list consistently over time.

For you, that opportunity is firming up the foundation of your business. Dust off the blueprints I've been giving you for the past two years. The blueprints for digging, building, and then watering an impenetrable moat around business and a financial moat around you and your family.

#158 Undeniable Agent Truth #7: The only agents that love cold-calling are psychopaths.

If you love making cold-calls you are a psychopath. Sorry, it's that simple. Now get your head out of the clouds and Join the Million Dollar Agent Challenge at www.realestategoodlife.com Earn an EXTRA million bucks in the next five years or less guaranteed or I'll pay you $5,000 cash.

#159 Undeniable Agent Truth #8: the only way to live the Good Life as a real estate agent is through leverage. Period.

The Real Estate Good Life is first and foremost about life. Living a good life. Building a lovable business that SERVES your life... not the other way around. You build a lovable business with leverage.&nbsp; Join the Million Dollar Agent Challenge and make an extra million dollars in the next five years or less guaranteed.

Today I wanted to share three things with you.

A quick story timeline of my career as a real estate agent.

And, the ten books that helped me build a lovable business that SERVES my lovable life. (It is my belief that your business MUST serve you - not the other way around).

I will also give you all ten books without any obligation. Register your name and email address above to skip all the other baloney and grab all the books for free right now.

Three, I want to convince you to listen to my podcast Real Estate Good Life. On the podcast I share with you the exact blueprint for living the Good Life as a real estate agent. (unlike any other podcast you’ve ever heard).

1998: Got my real estate license (because as a college dropout I didn’t really know what else to do… real estate sales looked like an opportunity to control the financial outcome and provide me with a path to my number one pursuit in life: Freedom.

1999: A family member makes the comment, “Some of us have real jobs.” to me at Thanksgiving. Ouch.

2000: On January 7th I tell my broker I’m leaving his company to join the #1 Century 21 office in town. He says to me, “Bart, you won’t make it six months in this business over there.” Yikes!

2001: My bodacious bride (Sparkle Barbie) calls and tells me to turn on the same as cash purchased big screen tv and tune into the news. The 911 attacks had just begun. After, the real estate market ceased, the stock market faltered, and gas prices soured.

2002: I hired my first assistant. Triggered by a late Friday night call I received at the office. A former client asked to spend the night at my house because he just had a big fight with his wife.

“Uh, no.” I had two little girls at home. He ended up dropping by the office and borrowing the forty bucks I had on me in order to get a hotel room. As he left I watched him (he was drunk) urinate in the storm drain on the way back to his car. As I sat in my 2nd floor office late on a Friday night while my poor wife was home alone taking care of two young kids… I thought to myself,

2003: I hired my first coach: Brian Buffini. He teaches me the importance of communicating with my sphere of influence.

2005: I hired my second coach: Craig Proctor. He teaches me the importance of “marketing”.

2008: In January Sparkle and I launched Bart Vickrey Real Estate!!! By September the stock market began to crash, the real estate bubble had burst, followed by a worldwide economic collapse which triggered The Great Recession.

2009: My company “nets” $100 for the entire year as I sit in my office binge watching Breaking Bad and playing online poker. (because very few people were buying and selling real estate).

*When the market crashed I drove a BMW and a Corvette Convertible, wore a fancy watch, had a vacation home in Bonita Springs Florida, was strapped to $38,000 in credit card debt, and had a $2,800 a month mortgage payment.

It was during these times that I fantasized about a “different” life. A life filled with ONLY the most important things. A simple life chock full of lovable memories with family and friends. A life with less “stuff” and more tranquility and peace from mind. (not a typo, I seek peace “from” mind).

It was in these fantasies that I dreamed up becoming debt free and financially independent. (Building a financial moat around my family).

2010: By the middle of the year I launched a direct mail expired listing program (combination of jumbo postcards and sales letters) that would make me $87,000 in its first full year and more than six figures each and every year after.

I was spending so much time and energy thinking about, talking about, and “doing” real estate - that I wasn’t loving my wife. She thought I had lost interest in her. I promised myself (after gallons of tears) that I would never put real estate in front of my family EVER again.

2013: In November Lady Spendsalot and I attend a Kinder/Reese real estate conference. We skip the last day and instead focus on cleaning up the database inside our Top Producer CRM system.

*I stopped counting after we reached 32 former clients that had sold their home with another agent after buying the home with me.

It was during this mini-mastermind between my Bride and I that I vowed to build a business built on Marketing once and for all. I vowed to give up the soul crushing heartache of cold-calling and door knocking.

I vowed to build a LOVABLE business that served me, my family, and my desired lifestyle… not the other way around.

2014: We launched what we dubbed the “Proper Communication Plan” to our database. With that plan we sent out our very first issue of our printed monthly newsletter called: Bart Vickrey’s Good Life Newsletter.

In the newsletter I wrote articles from the heart. Talking about lessons I learned chasing money, lusting after status, and ego driven behavior.

The newsletter went on to become THE greatest business building pillar in my entire career.

2016: On February 21st my book Real Estate Good Life was published. On September 30th we paid off our home.

2018: On February 26th my podcast Real Estate Good Life was launched (you can find it on iTunes, Stitcher, etc).

In June of 2018 I had visible abs for the first time in over two decades. The story that led me to achieving visible abs is hilarious and can be found on the podcast. (*the abs are still visible as I write this in May of 2020).

2020: On January 7th Sparkle and I paid off our investment line of credit which delivered us to complete personal debt freedom.

As I sit here in May, in the middle of a pandemic, all the lessons learned from all the mistakes made… and all the strategy followed from the fantasy sessions back during the great recession… has led me to the Good Life.

The Good Life = The most lovable way to operate your business and to live your life as a real estate agent.

During this pandemic if you are fantasizing about creating and maintaining optimal health, the safety of a financial moat, and living a life so free that your very existence is considered an act of rebellion...

"Opt-in" above to gain immediate access to the 10 Most Important books I've read over the years during my transformation. These books are Free and you will include no obligation whatsoever.

Have a Good day,

Your Best Friend in Real Estate

If you're looking for a little more check out The Best Agent Offer below...

Here's Everything You Get (Instantly) for ONLY $10:

The real estate sales business is THE GREATEST SMALL BUSINESS OPPORTUNITY in the World!

However, the JOB of real estate agent... kinda sucks.

Punch your ticket to the Good Life now and discover exactly how to build a Lovable business.